BOONE – Watauga High School has canceled its prom originally scheduled for Oct. 2 due to COVID-19 numbers and administrators wanting to prioritize student safety.

The decision not to host the reunion ball, for the second year in a row, was not an easy choice.

Administrators and student council members explored many possibilities and alternatives when deciding whether or not to organize the dance. Ultimately, Chris Blanton, principal of Watauga High School, determined that the safest option was to cancel the dance altogether.

“Our education council has not approved a mandate to mask the outdoors, so is it safer to have a homecoming dance with unmasked people outside than it would be? have one inside with people wearing masks? I don’t think so, ”Blanton said.

Blanton said school administrators were trying to strike a balance between making sacrifices to ensure safety, but also to maintain a level of normalcy for students.

“I know it’s not the smartest thing to have dancing back home,” Blanton said. “That’s really what it boils down to.”

“We did, however, reach out to the administration to discuss some concerns about the consistency of decision-making and how we, as representatives of the student body, felt that the cancellation of the homecoming dance was inconsistent with their decisions to continue other events, ”Wood mentioned. “That being said, we felt the students deserved a more in-depth explanation of why the dance was canceled.”

Some students felt frustrated with the decision to cancel and considered it unreasonable.

“I feel like it shouldn’t have been canceled, but rather the school should take extra steps to allow this to happen, as if it were happening outside,” the senior said. John Greene.

While student opinions vary when it comes to canceling the dance, many students are disappointed with yet another lost memory from high school. Other students understand the need to prioritize student safety and education.

“It’s a bummer, but I think a lot of people are overreacting,” said freshman Addison Tottherow. “It was probably a good decision.”

Many students were already expecting a cancellation, and some were surprised that a prom was even being considered.

“I think this is a smart move by the school due to the increase in COVID-19 cases since the start of the school year,” said junior Sophia Batemen.

Students can look forward to other events hosted by the student council team in lieu of a traditional homecoming dance.

“We (the student council) plan to make Spirit Week bigger and better, by putting more time and energy into powder and king of the court and having the biggest tailgate we’ve ever had. “said Wood.

Even though the dance was canceled for safety reasons, some students are questioning whether the football games – of which this is the homecoming dance – are being handled appropriately.

“We can’t have a homecoming dance outside because they can’t put on masks, but we can have soccer games where people from different counties and schools come (together) and no one is wearing of masks, ”Morgan Healy said. “It just seems to me that football games are more dangerous than coming home, but we still have them.”

Outdoor sports don’t require masks or social distancing. If an athlete is exposed to COVID-19, they should always be quarantined.

Last year, the Watauga County Board of Education and the North Carolina High School Athletics Association demanded masks for sporting events for spectators and athletes, but the regulations were relaxed this year. Blanton said requiring masks this year would be a challenge as professors would have to monitor spectators to ensure proper procedures are followed during football matches.

“They invest so much in our students and on Friday nights (that) they shouldn’t have to come (to games),” said Blanton.

Although the dances are important memories for the students, Blanton said that at the moment the main focus is to keep the students in school.

Abby graham is a journalism student and editor of the Watauga high school student newspaper, the Powderhorn. This article was published in collaboration with the Watauga Democrat, Mountain Times Publications and the WHS Journalism Class. 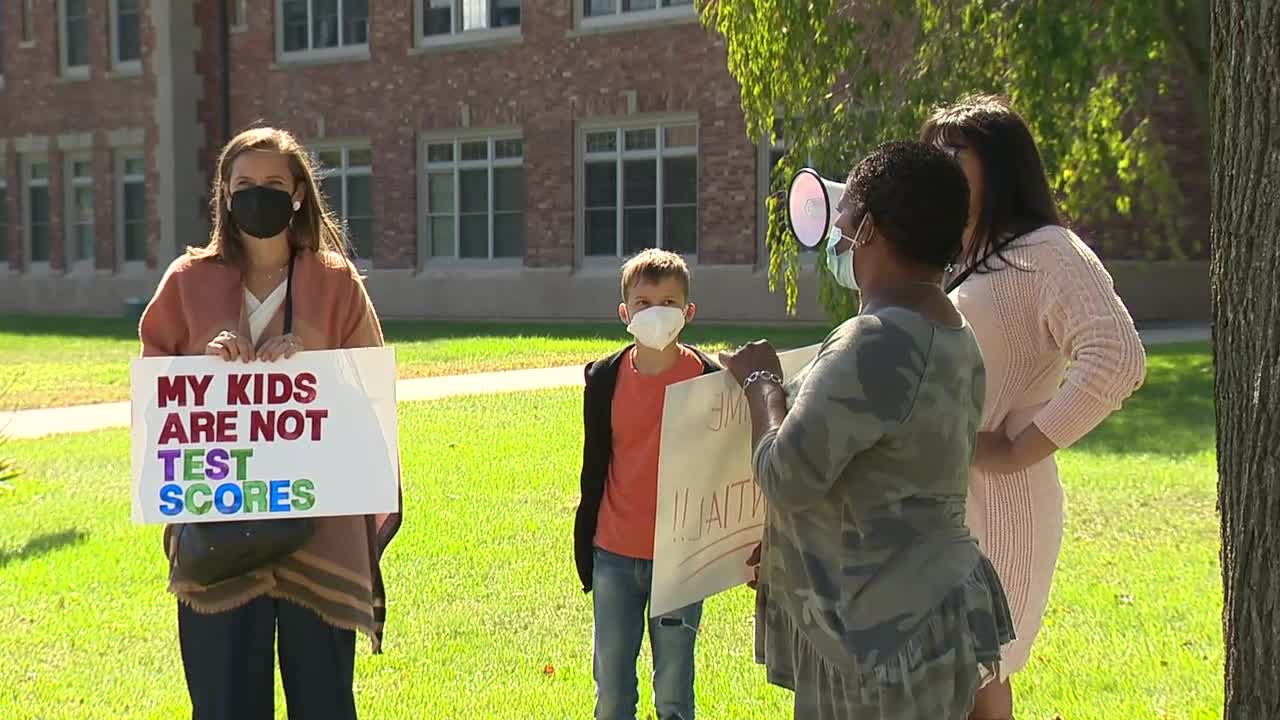