HODGDON, Maine – The Hodgdon School District has violated state regulations on providing appropriate education programs and parental consent to 13 students in special education, according to an independent investigation.

Maine School Administration District 70 has 30 days to determine if students will need additional assessments and if their current placement in classrooms is appropriate, as requested by the Department of Education, which initiated the investigation. . The district should also determine if additional services are needed to compensate for student time in unauthorized individual education programs.

The findings cap an investigation spurred by allegations the school altered individual lesson plans for students with special needs without first obtaining appropriate parental consent. Teachers at the school complained to the DOE, saying the new programs were having a negative impact on students’ mental health and academic performance.

“It really saddens us that we have to come to this to stand up for our students,” said Renee Smith, MSAD 70 Education Association co-chair. “We really didn’t want to have to go to these extremes to give our students the service they deserve, but we kind of had to do it. “

The DOE discovered that MSAD 70 had repeatedly violated Maine Unified Special Education regulations. Violations listed in the report include creating individual education programs for students with special needs without first consulting parents and holding a meeting as needed, ignoring any concerns parents may have about children with special needs. new programs, failing to obtain parental consent for modification, failing to provide appropriate written notice, and fail to properly develop the programs.

The district includes Mill Pond School and Hodgdon College / High School in the southern town of Aroostook in Hodgdon. Students at the school also come from nearby towns of Amity, Haynesville, Linneus, Ludlow and New Limerick in addition to Hodgdon.

The district will not face any financial disciplinary action for the violations, but parents can request that their children be reassessed or given an additional program, school principal Stephen Fitzpatrick said.

“Since the publication of this report, we have redoubled our efforts. We sent letters to each of [the parents of] the 13th [students] identified, because the state wanted it to happen, ”Fitzpatrick said. “We’re scheduling meetings and making sure they understand exactly what’s going on.”

The investigation came after members of the MSAD 70 Education Association filed a complaint with the department alleging that director of special education Sandy Flacke and Fitzpatrick had changed individual education programs for students in special education without holding formal meetings or informing parents in advance, as required.

Flacke, who became principal in the 2019-20 school year and also runs the special education program for the nearby Houlton school district, told investigators she was updating the special education program at the school to take better account of the individual needs and capacities of the pupils. Flacke also told them that she did not send written notifications of the new individual plans to parents before they officially went into effect, the investigation found.

Flacke blamed the delay on the amount of paperwork involved and the need to navigate the process during the pandemic. Since test assessments for students have also been delayed due to the pandemic, the district has had to rely on older data to determine new plans.

Fitzpatrick said parents were informed before the new education plans went into effect, but only through informal phone conversations. The regulations require a full understanding of what is in the new program and written notice before a new individual education program can come into effect.

“[The investigator] concluded that the district had not always established a sufficiently clear agreement with each of the parents involved regarding the decision to move a particular child in this more inclusive setting, ”said Fitzpatrick. “While on the one hand we took care of their individual rights regarding this least restrictive environment, our procedure and our written documentation suffered and needed to be improved.”

Students with special needs saw a disruption in their specially designed education as a result of the new plans and spent more time in mainstream classrooms, sometimes to the detriment of the students and teachers involved, the investigation found.

A teacher, whose name is redacted from the investigation report, said she only received a few days’ notice before 10 new students with special needs joined her class, and had no plans or document to show what grade level the students were at. She said that one of the new students was constantly disruptive to the point that other students could not sit next to him, and it greatly interfered with the teaching of other students.

Another teacher described one of his new students as suffering from anxiety, which affected his ability to perform in class. She said he often did not attend classes and described him as a “fish out of water” when he attended.

While the report found that the district was correct in placing some of the students in less restrictive environments, it found that there was a subgroup of 13 students with special needs who raised important questions about suitability. change their education plans.

One of the students, identified as Student 3, had their original plan of 400 minutes per week of specially designed instruction reduced to 90 minutes of direct classroom instruction. Student 8 was identified as having 1,125 minutes per week in subjects such as math and English. He was reduced to speaking five times every two weeks in the regular classroom, for a total of 150 minutes.

A mother, whose daughter with a learning disability saw her plan drop from 450 minutes per week of specially designed instruction to 69 minutes every two weeks, said the changes were not what was best for her daughter. Instead, she decided to homeschool her daughter.

Another parent said he was told the change in his child’s schedule was what the district was applying to the whole group, and that he was not told the changes were in fact based. on assumed individual needs. She also said her child suffered from anxiety and depression and that when it came to the new program, she “absolutely felt like it was too much. … It has been a very stressful and difficult year.

More articles from the BDN 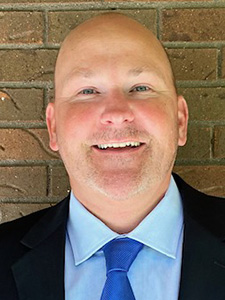